How To & Garden Advice 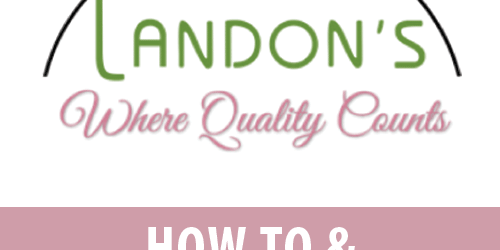 [vc_row][vc_column][vc_custom_heading text=”Planting And Growing Rhubarb” font_container=”tag:h2|text_align:left|color:%23c37186″ google_fonts=”font_family:Roboto%3A100%2C100italic%2C300%2C300italic%2Cregular%2Citalic%2C500%2C500italic%2C700%2C700italic%2C900%2C900italic|font_style:700%20bold%20regular%3A700%3Anormal”][vc_column_text]Rhubarb produces a rosette of large leaves on the end of long stalks. The leavesÂ are poisonous and must not be eaten, but the stalks are edible and are widely used forÂ baking and preserves. Rhubarb is very hardy, and withstands drought, but cannot tolerateÂ being wet for long periods of time as this causes crown rot. The main root is a thickenedÂ portion called a rhizome; this is where the food for the plant is stored. A more fibrousÂ root system will establish from this rhizome, which will take up water and nutrients fromÂ the soil.

When planting rhubarb, dig the hole slightly larger than the container or the roots,Â and amend the soil with compost or other decayed organic matter at a ratio ofÂ approximately 1:3 (one part compost to three parts soil). The crown, or main growingÂ point, of the plant should be slightly above (~1/2â€) soil level to allow the crown to dry outÂ and stay healthy. Replace the soil around the roots and water generously to get ride ofÂ any air bubbles in the root area. The plants should be spaced about 3 feet apart to allowÂ for mature size. Rhubarb is a greedy plant, and should be fertilized annually starting theÂ second year with a basic vegetable garden fertilizer to maintain production.

When the plant becomes too large, and starts sending up â€˜daughterâ€™ plants, theyÂ may be divided in the fall by digging the entire plant and separating the smaller plantsÂ with a sharp, clean knife. These may then be replanted in the garden. Always make sureÂ to leave enough space between the plants for them to fully mature.

Rhubarb recipes are as plentiful as zucchini recipes. The stalks can be used inÂ pies, crisps, sauces, jams and jellies.[/vc_column_text][vc_btn title=”Download PDF” link=”url:https%3A%2F%2Flandonsgreenhouse.com%2Fwp%2Fwp-content%2Fuploads%2F2018%2F02%2FRhubarb.pdf||target:%20_blank|”][/vc_column][/vc_row]

Planting and Care of Raspberries
February 21, 2018
Go to Top